BOBBY HOLCOMB, simply known as "Bobby"eventually had an affair with the amazing island of Huahine, in the Tahitian waters, where he  has lived a very important part of his life, back to his roots in the creation set up of polynesian culture.

Bobby was born in 1947 in Honolulu, Hawaii, from a hawaiian-portuguese mother and a native indian afro-american father. After childhood spent in Pearl harbor vestiges where in he shows much taste for dancing, he reaches the United states and joins the Los Angeles School of Music and dance. Then very close to  the Black community he is trained to the nuances, the subtleties of Blues and Jazz music. He also gives interest and talent for drawing and executes paintings on the walls of his bedroom.

He leaves America and starts travelling thru the world tropics, in Asia and in Europe. The early seventies flow takes him to flirt with the "flower power"/"Peace and Love" movement, he performs in famous shows such as "Hair" and dance groups and comedy such as Zig-Zag Community and Johanne of Arch in France. Bobby also goes along with great artists such as Frank Zappa and Salvador Dali. In year 1976 Bobby arrives in Tahiti islands where he decides to settle in the island of Huahine.

Early 80s he starts being known as a singer. At this time Reggae music is blooming in the islands, Bobby follows the flow, he 'is' the flow, wearing dreadlocks and playing Reggae music along with Tahitian songs of his own, he then goes further in his own music and reaches the greatest audience with his song "Orio" in 1985. From then Bobby releases several solo albums plus one along with his friend Angelo well known singer. This career made him 'personality of the year' in 1988 and one of the greatest Polynesian singers, renowned in the outer islands of the Pacific.

Bobby's concern for customs and culture, and knowledge of Tahitian language, led him into the tales and mysteries of the islands he made stories visible through splendid paintings of colourful harmony.  His hand and genius translated in simple images what was for him crucial to release to children and people about their cultural legacy. He had an acute eye on nature protection and also campaigned against nuclear testing. Until now Bobby is considered as a legend by the Polynesians, he was the rare sample of an exceptional creativity.

When he deceased, on February 15, 1991 the people of Huahine buried him at the foot of "Mou'a Tapu" -sacred mountain- where he had lived his most beautiful life time. 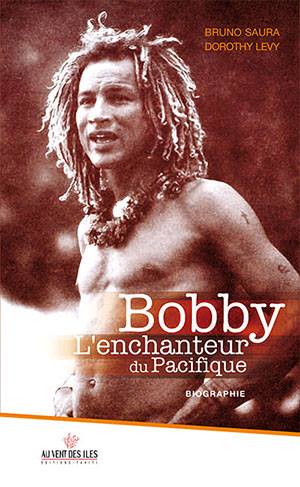 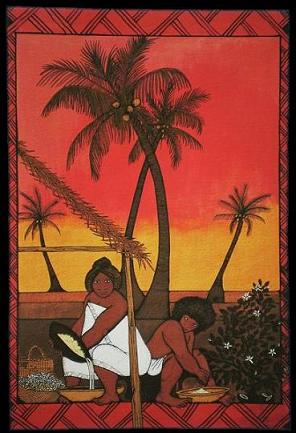 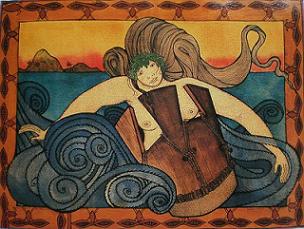 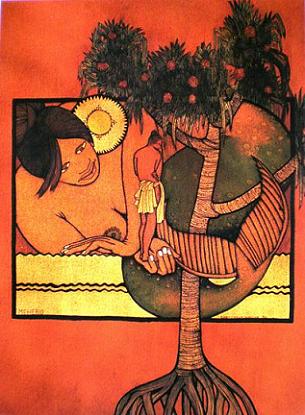 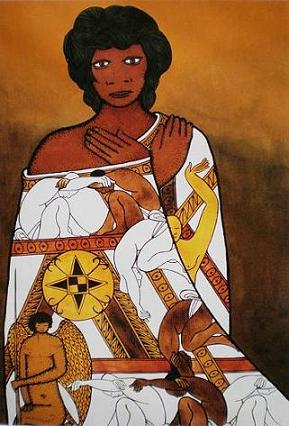 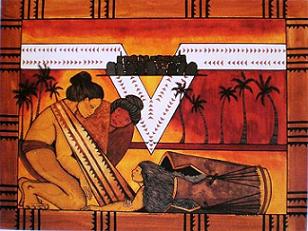 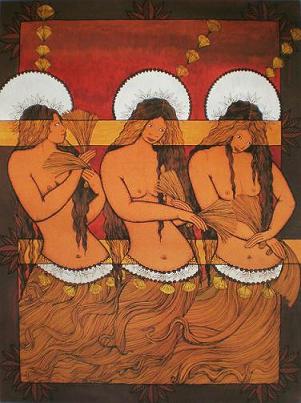 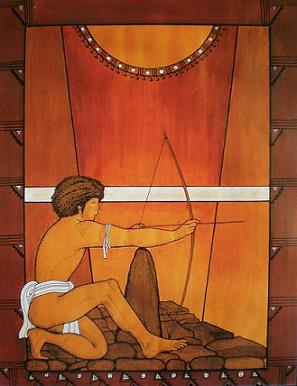 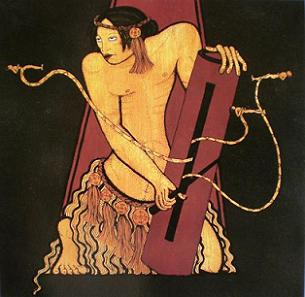 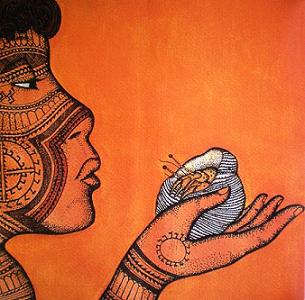 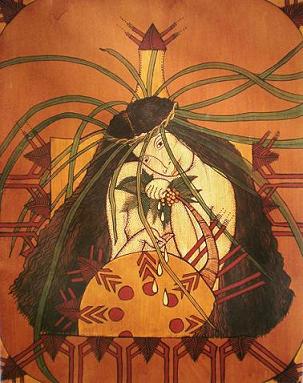 "If you have something to offer, don't hold back, the world needs it now"

Many of us who lived with Bobby for any amount of time delighted in remaking ourselves according to visions and dreams we'd have otherwise shelved, or discarded altogether. By living his own life so fully, Bobby somehow made it possible for those in his company to more fully explore their own inner and outer lives, to then go out and share it with the world, to put it on display without shame or guilt for others to see - much like you might hang a painting in a gallery. The main point was that you developed your "act", and worked on perfecting it, while making a contribution of some sort to the collective: music or fiber arts, cooking or cleaning, poetry or literature, it made no difference.

Let us quote the writer H.L. Mencken, who observed that "the great artists of the world are never Puritans,and seldom even ordinarily respectable." This certainly holds true of Bobby, who relished the age-old sport (of) "epater les bourgeois" when it came to his outfits, his make-up and his "performances". And whle it is true that he toned down the more outrageous aspects of his persona once he made Huahine his home, he remained "on the margins of respectability" and took no offense at those who did not approve of his choices or priorities.

Indeed, he took some liberties when it came to inventing(and re-inventing) himself as well as the events which had shaped him in the past. Part of the liberating effect he had on me (and dozens of others who spent time with him, before and after my years with him) was the possibility of choosing my own parents. While he preferred the figure of his mother to remain a mystery (somewhat tinged by the power of Mary, the holy virgin), he would boldly claim some of the most interesting men-of-color as his father(s): Haile Selassi, Anwar Sadat and Duke Kahanamoku.
The latter shared his Hawaiian roots, but (much like Bobby had done) chose to "take his act on the road" and spread the spirit of aloha (and surfing) from California to Europe, and then Australia. 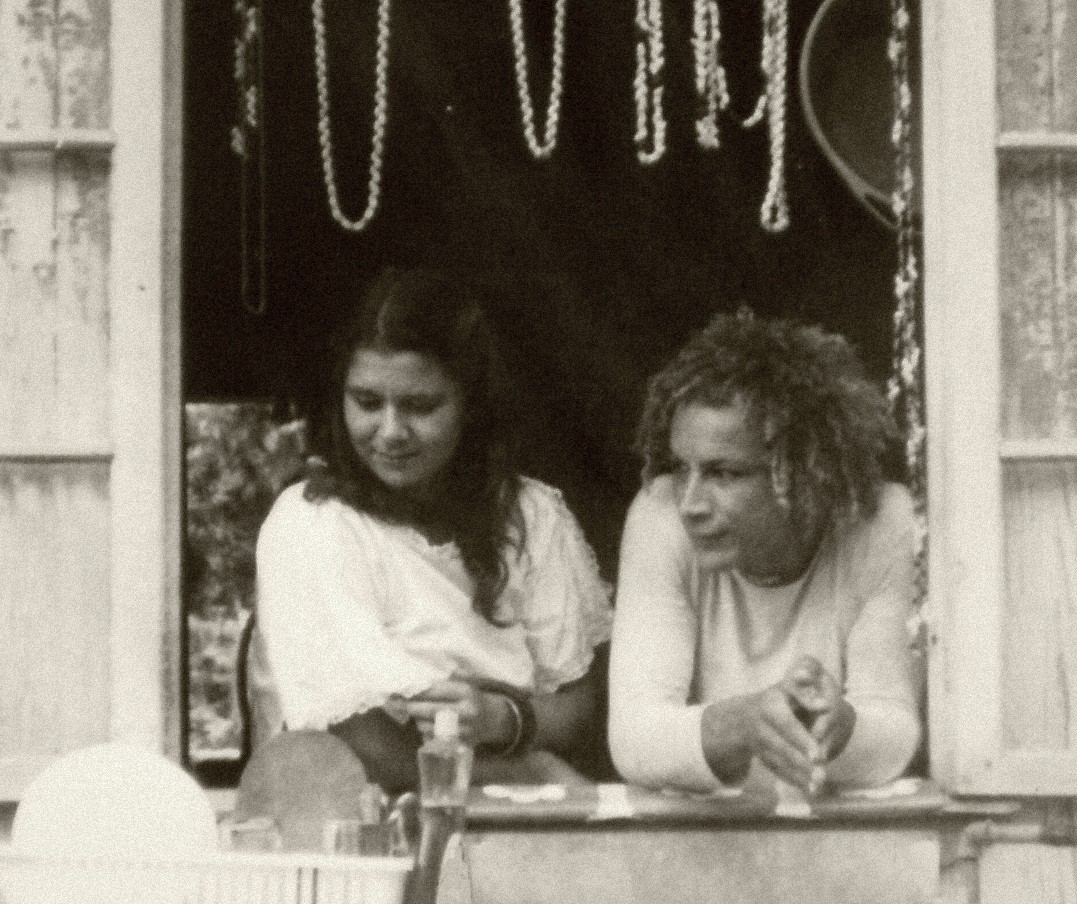 "seems like just the place to add some of my memories of meeting Bobby in spring 1974 on 'ios', a small (and terrifically hip) Greek island. Two years later we arrived in Tahiti, via some unique adventures in American Samoa. His supreme confidence and creativity helped me become who I am today, for which I am endlessly grateful. What really made our Huahine experience "work" was studying the few volumes of history written about Ancient Tahiti (teuira Henry and others more) and learning the Tahitian language the moment we had begun to settle in.

What's more is that the time, money and enrgy I "invested" into that early part of my life has borne fruit which sustain me to this day: Dorothy Levy and her clan are my clan (the "Bobby clan"?) and I still sing those classic party songs with vim and vigour, whenever I can. Iaora Tatou ne roto i te aroha rahi!"

Mark Bacino and I met Bobby when we came to Huahini to film And the Sea Will Tell only a few months before he passed away. We enjoyed all of his friends who shared the experience of making our movie. He left a beautiful legacy in his music and art and lives on in our hearts. His painting of the women playing underwater is in a prominent place in our home Mark has one in his home too. We often think of our experience being in Huahine and what a wonderful time we had. We bought pillow covers and blankets of Huahine and used them to decorated our summer house on a small island in Vancouver, British Columbia and a few years later, Denise Valentine sent us one of her paintings of the missionary girls. So the memory lives on and Bobby's spirit keeps us all laughing and joking and remembering those great times together in a wonderful part of the world. 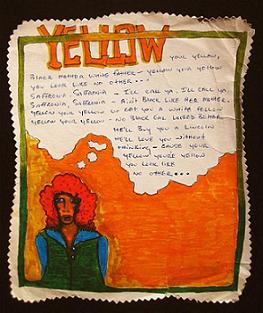 Bobby was outspoken and very REAL when it came to
taking a stand on such throny issues as racism, sexism, and the oppression of indigenous people.

His deep and personal understanding of life's injustices, and his frank words on ontraversial topics, brought great awareness to those around him who would listen.

He was not shy about asking us to do our utmost in finding (creative) ways to transform worn-out paradigms whenever possible,
and educated those around him on how to persevere in finding innovative ways to see the world and its people in a new light.
.
One rainy afternoon in our Taare'u house on Huahine, he spoke about "the pain of living", as he held out his huge hands in a gesture of such humble deference, that I suddenly "got it", and the moment burned itself
into my soul.

Bobby was spiritually attuned, without adhering to any organised religion.
He remained suspicious of (most) priests and gurus, and when people in Goa (India) mixed him up with Sai Baba (a respected Indian guru of the 1970's who also wore his hair in natty dreads), he just laughed it off as one big joke.

But he spoke with awe and reverence of the saints, and told me of the miracle of the Virgin of Guadalupe, and the raptures of Teresa of Avila.

So now may you, too, find release from the "pain of life", dwell on the power of miracles and rapture, and
drink deeply from love's deep well. 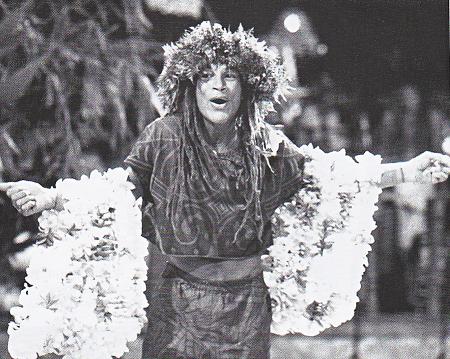